Kennedy was born in Detroit, Michigan but grew up in Los Angeles with his mother until he was six years of age. He then moved back to Detroit to reunite with his father, who eventually died close to ten years later.[2]

Kennedy attended Western Michigan University (WMU), before transferring to the University of Delaware (UD), and majored in theatre and acting. The actor's father was a doctor and encouraged his son to study medicine, but Kennedy gained a passion for acting after being introduced to William Shakespeare at WMU. Kennedy subsequently chose to attend UD after performing with high distinction at Western Michigan.[1]

In 2005, Kennedy won a recurring role on the popular ABC primetime soap, Desperate Housewives where he played Caleb Applewhite, a fugitive who was being held captive in his mother's (Alfre Woodard) basement. However shortly after in November 2005, Kennedy was fired from Desperate Housewives as the result of an internal investigation by the studio;[3] Kennedy himself claimed that Touchstone Television, the producers of the show, wanted to take a new direction with the character and bought out his contract.[4] He was replaced by NaShawn Kearse.

Kennedy joined the cast of Showtime's hit series Weeds during its second and third season. He played U-Turn, a drug-dealer and self-described "thug".

Kennedy most recently played Radon Randell an "unidentified black male", a quarterback starting over the main character, Alex Moran, in the Spike television series Blue Mountain State. Because Alex Moran does not want to start, he must keep Radon happy during the whole 2nd of 3 seasons (the only season Radon was in). Radon's season ends in the championship game of his lone season when he aggravates a previous shoulder injury.

Kennedy had a guest appearance whereas he played a burglar in the new 2013 TV-series Legit.

Kennedy played a gay inmate and gang leader in My Name is Earl and a married inmate and ex-con in Raising the Bar.

Kennedy lives in Culver City with his son Timothy Kennedy and his daughter.

Various parts of this article have been copied from or refer too the corresponding page on Wikipedia. You can view the original article here. 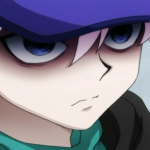 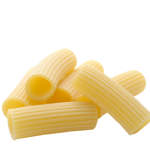